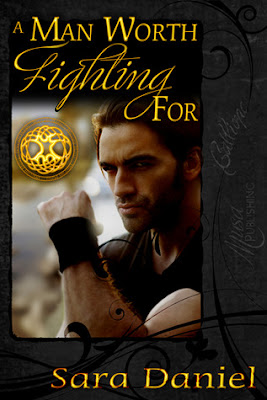 Buy your copy at:

He has nothing left to offer. She's determined to show him just how much he's worth.


Shot by a member of his military team, Justin Lawson retreats to the Wiccan Haus. Holly Walters refuses to accept her boyfriend's out-of-the-blue rejection without an explanation, even if getting the answers forces her to be trapped on a bizarre island for an entire week. She's going to use every minute to work Justin out of her system once and for all. Justin's body and spirit begin to heal under Holly's loving ministrations. As she talks about never seeing each other again, he realizes he never wants to let her go. But the rogue assassin who had gone after Justin before is after him again. Before he can fight to make Holly believe in their love, he'll have to fight for both their lives.

Something Wiccan this Way Comes. 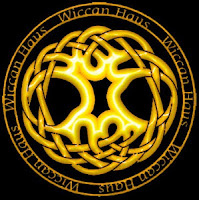 A Man Worth Fighting For is book two in the Wiccan Haus collection.  These are great short stories revolving around the Wiccan Haus Resort and Spa located off the coast of Maine.  It is a special place for paranormals and humans alike; a place to go for spiritual and emotional healing.

This I just the kind of place that Justin needs after being shot and almost killed by one of his own team members.  His career is over.  His knee is permanently damaged and he now has to give up being a soldier.  It was all he had and ever wanted.  Since his career is over, he also decides to kill his relationship with his girlfriend Holly.  He doesn’t want to burden her with having to take care of him.  He has nothing to offer her, so he cuts her lose one of the most cowardly ways possible.

Holly can’t believe it…Justin is a coward!  She can’t accept his breakup and is determined to hunt him down and have him explain his lame actions.  She never expected to find him at a spa.  Justin is a big strong manly military man and he is at a spa for spiritual and emotional healing, WHAT?  Well by her calculations their conversation won’t take long, so off she goes to close this chapter of her life.

Neither expected the circumstances of their meeting.  Justin was shocked and immediately went into protective mode and Holly was reminded just how much she cared about this frustrating man.  They have a week to determine what they are going to do.  Each must work through their inner problems and discover what is best for them.  It’s really too bad that the interfering staff of Wiccan Haus won’t leave well enough alone.

Can you believe it?  A Man Worth Fighting For is set at a primarily paranormal resort, ran by paranormals and the story is about two humans.  I LOVED IT!!  What a different twist.  Yes, Justin knows about paranormals.  In fact, he protects the rest of us by taking out paranormal rogues, but at the end of the day he is human and a damaged one at that.  I never saw this twist coming…oops…I hope I didn’t ruin it for you.

Oh don’t let my little slip stop you from enjoying this great little treat.  The couple is fun to read about, they have some great hot (and wet) sex and even the meddlesome staff is entertaining.  You even get a little suspense and action thrown in.  Ms. Daniels packaged this plot well and I immediately loved both Justin and Holly.  There was just the right amount of everything in this book.  It was all well balanced and believable.  Editing was spot on, continuity was solid and the whole short story was just wonderful.  What more could you want from a mini vacation?

Thanks for reading - Toni

My review of book one - Shifting Hearts by Dominique Eastwick - 5 Stars!!

Be sure to check out other books from
Sara Daniel at Musa Publishing.

Next in the Wiccan Haus series is:

An Apple Away
by Kate Richards
June 8th
Posted by Toni at 11:35 AM