As promised here is my "We Reached 2500 Facebook Fans" Giveaway!!

The winner will get both of these two great titles! 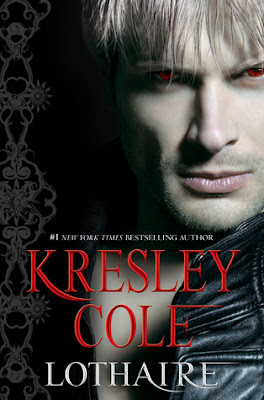 ALL FEAR THE ENEMY OF OLD
Driven by his insatiable need for revenge, Lothaire, the Lore’s most ruthless vampire, plots to seize the Horde’s crown. But bloodlust and torture have left him on the brink of madness—until he finds Elizabeth Peirce, the key to his victory. He captures the unique young mortal, intending to offer up her very soul in exchange for power, yet Elizabeth soothes his tormented mind and awakens within him emotions Lothaire believed he could no longer experience.


A DEADLY FORCE DWELLS WITHIN HER
Growing up in desperate poverty, Ellie Peirce yearned for a better life, never imagining she’d be convicted of murder—or that an evil immortal would abduct her from death row. But Lothaire is no savior, as he himself plans to sacrifice Ellie in one month’s time. And yet the vampire seems to ache for her touch, showering her with wealth and sexual pleasure. In a bid to save her soul, Ellie surrenders her body to the wicked vampire, while vowing to protect her heart.


CENTURIES OF COLD INDIFFERENCE SHATTERED
Elizabeth tempts Lothaire beyond reason, as only his fated mate could. As the month draws to a close, he must choose between a millennia-old blood vendetta and his irresistible prisoner. Will Lothaire succumb to the miseries of his past . . . or risk everything for a future with her? 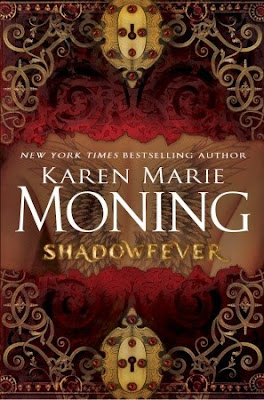 MacKayla Lane was just a child when she and her sister, Alina, were given up for adoption and banished from Ireland forever.

Twenty years later, Alina is dead and Mac has returned to the country that expelled them to hunt her sister’s murderer. But after discovering that she descends from a bloodline both gifted and cursed, Mac is plunged into a secret history: an ancient conflict between humans and immortals who have lived concealed among us for thousands of years.

What follows is a shocking chain of events with devastating consequences, and now Mac struggles to cope with grief while continuing her mission to acquire and control the Sinsar Dubh—a book of dark, forbidden magic scribed by the mythical Unseelie King, containing the power to create and destroy worlds.

In an epic battle between humans and Fae, the hunter becomes the hunted when the Sinsar Dubh turns on Mac and begins mowing a deadly path through those she loves.
Who can she turn to? Who can she trust? Who is the woman haunting her dreams? More important, who is Mac herself and what is the destiny she glimpses in the black and crimson designs of an ancient tarot card?

Take a moment and check out the rest of the great books in these two series!!

Introduction to the Immortals After Dark

Every creature or being that was thought to be mythical . . . isn’t.

They all secretly exist alongside humans and enjoy the gift of immortality. There are hundreds of different kinds: from Vampires to Lykae, from Furies to Shifters, from the Fey to Valkyries.

These immortals call their world The Lore.

You may have had a brush with one of Lorekind already. The eccentric billionaire with hypnotic charisma—and an aversion to sunlight. The ethereal waif of impossible beauty—whose fingernails look more like claws. The Highlander with a seventeenth-century Scottish accent and animal magnetism—who can never be penciled in on the night of the full moon.

They walk among us, but they war among themselves. Each faction has its strengths, weaknesses, and age old prejudices against the others. Every five hundred years, the Accession, a battle for supremacy, rages. That time is now. . . .

Before becoming a writer, Cole was a world-ranked athlete, coach, and graduate student. She has traveled over much of the world and draws from those experiences to create her memorable characters and settings. Two of her favorite places to visit include the rain forests of Central America and the Far North Queensland area of Australia (where, by the way, she would not recommend swimming outside of the stinger nets--at night).

Cole’s trademark action, sensuality, and humor are best exemplified in herImmortals After Dark Series, which revolves around the Lore, a secret stratum of hundreds of immortal creatures--ranging from Vampires to Lykae, Furies to Shifters, and Fey to Valkyrie--that each have their strengths, weaknesses, and age old prejudices against the others. Though they secretly live among humans, they constantly war among themselves, which gives her a lot of material.

Her IAD books have been translated into seventeen foreign languages, garnered two RITA awards, and consistently appear on the bestseller lists, in the U.S. and abroad.

Cole lives in Florida with her family and “far too many animals.” She spends any free time traveling and enjoys all things related to boats and water.

While the Highlander and Fever series are two separate series, they take place in the same universe and PNA is highly recommending that you read them in the order shown.  Karen's voice in each series is unique and together they enhance each other. 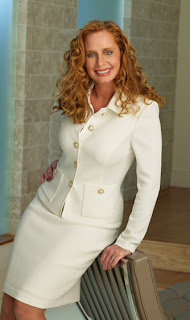 Karen Marie Moning (rhymes with 'awning') is the # 1 New York Times bestselling author of 12 novels, including the Rita-award winning Highlander novels and the internationally bestselling urban fantasy Fever series. Her books have been published in 21 languages, and her events draw fans from all over the world.
Moning began her career writing paranormal romance set in Scotland but as she became increasingly fascinated with Celtic mythology, she switched genres to Urban Fantasy and location to Dublin, Ireland, so she could focus on the Tuatha de Danann, or Fae--an ancient race of immortal beings who have lived secretly among humans for millennia.

Moning is currently completing a graphic novel for Del Rey, featuring an original story about MacKayla Lane and Jericho Barrons, and has contracted with Random House Publishing Group for three more books set in the Fever universe. She divides her time between the mountains of Georgia and the beaches of Florida.


MANDATORY:  Since this is a Facebook thank you giveaway, you must be a fan of Paranormal Addicts Facebook Page. And yes we can double check our facebook fans as admins of the page so if you aren't on there we will pick a new winner.

a Rafflecopter giveaway
Posted by Toni at 3:00 PM