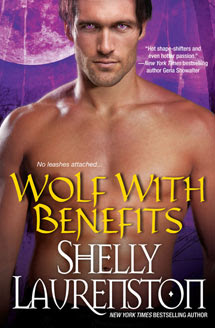 Shelly Laurenston, New York Times bestselling author and a star in the paranormal romance genre, comes the eighth book is the successful Pride series, that blends outrageous humor and sexy shapeshifters to create irresistible heroes that readers fall in love with.


Ricky Lee has no plans of getting serious about anyone, but he will protect Toni Jean-Louis Parker. Not just because he’s been hired to do so, but because it’s the right thing to do. And if that means traveling around the country with one complicated She-jackal, dealing with chocolate-eating wild dogs, instigating trouble between his brothers, and having the most amazing sex he’s ever had…well, who said his job didn’t have perks?

Toni doesn’t know how she keeps getting herself into these situations. But even she has to admit there’s something about Ricky Lee Reed that she finds kind of interesting…and downright sexy. Now they just have to survive long enough to figure out if what they have is worth fighting for…


First off.  I do not love this book because my name is Toni….*smiles*…I love it because it is kick butt funny, has endearing crazy characters and a twisted new plot.  So why wouldn’t I love it!

Toni may not be a progeny, but there is no one that can manage her family better.  With ten siblings, yes ten, she has her hands full.  As the oldest in this jackal family she tends to ensure the safety, security and all around wellbeing of each and every one of them.  She adores them all and is willing to give up her own happiness to make sure they are happy and well taken care of.  Well about her?  She needs to let go and find happiness, but it might be the hardest and scariest thing she has ever done.

Ricky Lee is the epitome of laid back.  Don’t underestimate him, but with a rather serious older brother and a prankster younger brother, he tends to be in the middle in most things.  When he first sees Toni’s wild untamed curls all he wants to do is run his hands through them.  The problem is she has little linebackers guarding her and they don’t want his interference.  Ricky Lee is not deterred.  He loves a challenge and he may have just found one in this little she-jackal.

Once Toni gets the boot out of her home to go find her own life, she is unexpectedly shackled to a persistent wolf.  He fires her up and is unsure what to do about it.  She has stubborn bears to negotiate with, siblings to fret over and danger everywhere she goes.  On second thought, he actually might just be the fix she needs to help calm her down.  Why isn’t it perfect that he is all ready to help her out?  What a prince!

Toni was an unexpected pleasure.  She’s a character that I think most moms would be able to relate to.  She is the go to person for everything her family needs and is constantly being pulled in every direction.  I loved her.  Ricky Lee is her complete opposite, but exactly what she needs.  Ms. Laurenston did a great job uniting these two.

Ms. Laurenston is known for her scorching romance, but in Wolf with Benefits it was late in coming.  On one side I was disappointed, but on the other I enjoyed the journey that these two lovers endured.  My disappointment ended there and trust me, she more than makes up for it.  She brought back a few prior characters, wrote an intriguing plot and once they started burning up the sheets…whoa!  I will have to mention that she wrote some “monsters” that will have you cringing and laughing.  They are bunch of selfish little buggers you want to smack and hug in the same moment.

If you like Ms. Laurenston’s work you won’t be disappointed.  She has written a solid book.  From beginning to end, I had a blast.  Fair warning though, this is book #8 in the Pride series.  I think it could be read alone, but to get the full benefit of the humor, history and essence of the novel; I think you shouldn’t jump start with Wolf with Benefits.  I have yet to read one of her books that I couldn’t put down.  Laurenston is pure bliss for me.

If you like bears, check out my review for book #7 in the Pride Series! 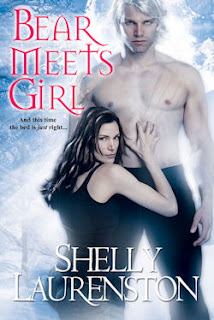 I am giving away my never before read ARC of
Wolf with Benefits.

a Rafflecopter giveaway
Posted by Toni at 11:15 AM