Let's take a peek when Michelle interviews the sexy Sully.

I get to the interview first. James Sullivan has agreed to meet in a coffee shop at one of the battered tables, all the way in the back.

He appears out of nowhere, approaching without a sound and with no warning. It scares the hell out of me. As soon as I can breathe easily again, my spine stiffens.  I don't know if it's out of fear or awe. Maybe both. He is Death's right hand and he's drop dead gorgeous!

MC: Hi. Why don’t you tell us a little bit about yourself?

JS: My name is James Sullivan, but I prefer Sully. I am a Reaper. Man, this feels like some sort of support group meeting intro. *laughs* I’m not really into all this socializing crap, so bear with me here.

MC:  People want to know stuff about you, Sully. You sound like you’re from the South. *that’s one sexy as hell drawl he has!*

MC: I love your accent. *blushing* Will you tell me a little about your job?

JS: Sure, I guess so. I work for Death, or Azrael. He’s sort of a dick. *grins* He sits in his office and scribbles names into a book 24/7. He seldom leaves and if he does, he acts like the world might end. Death has stacks of these books all over his office. It’s a hoarder’s wet dream.

MC: Why are the books important? Does Azrael give the book to you to check off the names like an assignment?

JS: No. As he writes it, the name forms in my mind. I usually get a time and method too. Most people would probably think of this as a morbid or maybe sick kind of job, but I enjoy it. Sometimes, I even get creative with how I mark my target.

MC: Your target? Oh, you mean the souls you have to reap?

JS: Yeah, doll, the souls. *twirls a short handled scythe (sickle) that has suddenly appeared in his hand* I don’t actually get to do the method of death that Azrael has chosen. For instance, if someone is going to be stabbed to death, I don’t get to plunge the blade in. *smirks* That’s probably a good thing. *the weapon disappears* All it takes is a touch. Once they’ve passed, a door appears and I do whatever it takes to get their spirit through where a guide is waiting to take them to the next journey.

MC: Oh. Um, just a touch? That’s it? *remembers that he touched my hand in greeting*

MC: *seriously, my face has got to be bright red now as I imagine those hands…* Ah, that’s a relief. What happens if the spirit doesn’t go through the doorway?

JS: Instead of going to limbo to wait for a guide to lead them to their heaven or whatever, they stay on this side. They become what I call a shadow.

MC: A shadow? Is that like a poltergeist or something?

JS: *Laughs* Or something. If a spirit stays on this side, they become lonely, angry. Vengeful. Suffice it to say they cause a lot of trouble. You don’t want to meet one.

MC: Do you have a pretty high success rate? I mean, do very many people refuse to pass over?

JS: Hmm, I guess you could say very few shadows have resulted from my reaping. I give them a choice, but if they don’t make the right one, I push them through to the other side. I don’t have time to fuck around with them.

MC: I heard through the grapevine that there might be someone who came back from the other side, from limbo.

JS: Yeah, I heard that too. It’s not possible.

MC: The rumor is that someone jumped into a vacant body. How the heck does that happen?

JS: It’s not supposed to. Rest assured, I will track her down and send her back to where she belongs. *a frown darkens his features and seems almost sinister*

JS: Talk to pretty girls. *winks* Actually, I build and design custom motorcycles. Iron Head Customs is a small shop, but it breaks the monotony.

MC: *practically bouncing in my seat* Fancy taking me for a ride?

Sully insists on paying for my coffee then we head outside to where he’s parked his bike. It’s a pretty thing, pearly silver with lots of chrome. A giddy rush sweeps over me as I watch him throw a long leg over the saddle then motion for me to climb on. 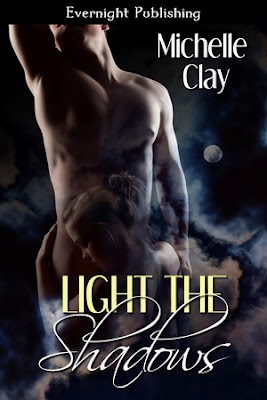 You only get one chance at life then you die. The game’s over, no second chances.  But she was never one to follow all the rules.

In a strange twist of fate, a woman flees purgatory only to jump into a newly vacated body. When she wakes in the hospital, she has a brand new life and a whole lot of unanswered questions.  Now she’s Micah Munroe, a real estate agent with broken memories of the messed up life she once lived. A mysterious man who claims to be Death says she’s his granddaughter and that she’s something called a grimm.

Sully knows she’s an imposter because he reaped the soul of the real Micah only a week ago. He suspects she might be a misplaced shadow, what he calls spirits and vengeful ghosts. He becomes obsessed with finding out who she really is and just how she inhabited a new body.  He’ll stop at nothing to find the truth and send her back to purgatory where she belongs.  What he didn’t bargain on was how his body would react to her or how powerful the white light within her is.

When a powerful shadow and her horde of angry spirits kidnaps Sully’s best friend, they must work together to get him back.  Fighting their feelings for each other isn’t half as difficult as fighting the army of shadows bent on starting a war with the living.

His husky drawl sent a vibration of hunger through her and ignited a fire deep within her core. “You are so fucking hot.”

Recapturing her mouth, he pressed against her, proving just how hot, how hard she made him. Micah whimpered, and he drew his mouth away from her lips. Just like his tongue and hands, his incredibly sexy eyes ignited a fire within her.

“Sully.” She bit her lower lip and reveled in knowing she was the reason he was so hard.

His fingers were at her waist, unzipping then dragging the dress pants down her hips. Micah trembled with need as he shucked them from her legs and dropped them onto the floor. He closed the space between them, and her thighs closed around his waist. Her sex drowned with desire, clouding her mind with seductive thoughts and want. With him so intimately close, his hard-on pressed against her through the damp lace of her panties. She shifted her hips, and Sully rewarded her with a groan.

“Tell me something.” He grinned wickedly then slid his fingers up her inner thigh. They inched closer to her pool of desire and made her heartbeat race. “Are you wet?”

Her hands lifted from his shoulders, ran through his silken hair and down to his chest. Her nimble fingers fluttered across his shirt and even reached the second button before his hand closed over hers, stilling it. He prevented her from going any further by pulling her hand to his mouth. One by one, he kissed her fingers.

She frowned and pulled away from him to look up into his eyes. “Sully, I want…”

“I know what you want, doll.” His eyes glittered with feral passion.

A gasp shuddered past her lips when Sully’s index finger slid past the ribbon-thin panties then traveled downward. His finger slid through the tight coils of hair at the juncture of her thighs then lightly grazed her most delicate area. She clutched his shoulders and tightened her thighs around him. “Sully!”

"Want me to stop?" His voice was full of gravel and sexy as hell.

She nipped his bottom lip. "Don't you dare."

Michelle is giving away an eBook copy of her book!

Open Worldwide!
a Rafflecopter giveaway
Posted by Toni at 12:00 AM