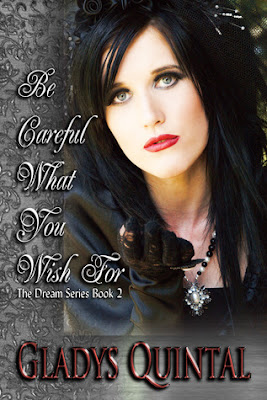 Alexi is a Vampire trying to live a human existence, he even has a human wife. The Vampire secret is paramount and cohabiting with humans - unless you intend to turn them, just isn't done. Can Alexi protect his beloved Cassandra from the would-be enforcers of this law or will he lose her forever?


Be Careful What You Wish For continues the love story of Alexi and his human love Cassandra.  They are happy in their “normal” life.  Alexi feels something is coming, but can’t quite place the feeling.

Alexi has settled into his life as a doctor and Cassandra is happy being a mother.  Unknown to them, a darkness has fallen upon them and it’s named Sebastian.  He is an original evil; a vampire turned by the infamous Countess Dracula.  She sent him on a mission several hundred years ago and he is still going strong.  Now he has Alexi in his sights. Alexi has broken the rule of falling in love with humans and Sebastian is going to make him pay dearly; starting with his son A.J.

I really loved the unique take on the whole vampire lore.  Instead of falling back on the usual Dracula legend, Ms. Quintal went with the seldom used historical figure of Countess Elizabeth Bathory.  Pretty much the first third of the book is backstory about Elizabeth, Sebastian and Alexi.  How it all began and how it has progressed throughout the years.  While one would think it would get cumbersome, it didn’t.  It was fascinating to read Ms. Quintal’s unique take on the Blood Countess.  I also enjoyed hearing how Alexi came to be.

The story progressed nicely and really set the stage for the next book.  You started to see that there was something special about A.J. and the new characters introduced were engaging and blended into the story perfectly.

I will give you fair warning.  This book ends in a humdinger of a cliffhanger.  I would have been very upset if book three, The Chosen One, wasn’t already released.  Whew!  So if you like this book, you best have your credit card warmed and ready, because you will likely be rushing to your computer to get the next in the series.

I’m not sure where this story is going, but I can’t wait to find out.  Be Careful What You Wish For was a pleasing continuation of The Dreams Series.  I’m especially excited that I have book three of the series locked and loaded on my reader.

Since this is book #2 of The Dreams series that means I have a review for The Man of My Dreams.  Click below to see how it all started. 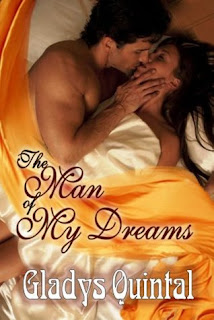 Thanks for reading!
Posted by Toni at 9:57 AM