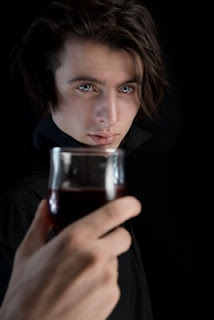 THE BLOOD SUCKERS – Vampires, Harpies, Succubus
Vampires have been around for a very long time in literature. From the very first fireside stories of the living dead tens of thousands of years ago to the TV shows that have aired since the sixties, vampires have been both good and evil, sexy and horrific, smart and dumb. They have been killed in so many ways it’s surprising they keep cropping up. From Buffy to Beowulf, vampire hunters have been an integral part of the legends. But there are other blood suckers out there as well.

PRIZE: eCopy of Vampire Book of Your Choice
TIME'S UP AT: 11AM
So, here are your questions: 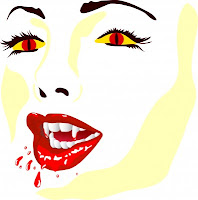 1. What would you be like as a vampire? Why?

2. If you wrote a book about blood suckers, would your hero he one of them or the guy who fights them?

3. What other creatures out there are blood or soul suckers?

Posted by Minnette Meador at 1:00 PM

Email ThisBlogThis!Share to TwitterShare to FacebookShare to Pinterest
Location: Portland, OR, USA