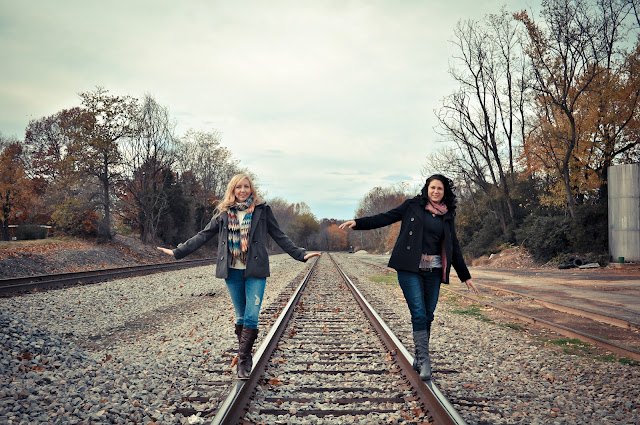 
Danielle Hylton-Outland was raised in Virginia. She grew up having a huge appetite for daydreaming; always wanting to live in the spectacular worlds she created in her mind. She now lives with her husband and dog where she is pursuing a degree in literature. Danielle is a strong animal activist. She is currently co-writing the second book in the Flesh Series, "Flesh and Flames".

April Fifer grew up in a small town in Virginia, where it was common practice believing that dreams could only be found in stories. At the age of seven she was diagnosed with dyslexia. She was told that she would struggle through life and would never pick up a book to read for pleasure. Although school was hard, she was able to find her way with the help of two teachers who taught her self-discovery. Ignoring what she was taught growing up, she turned it around and found that your dreams could become stories. 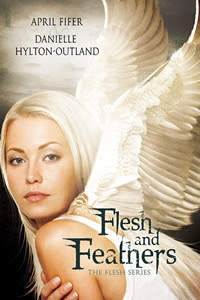 
Azaleigh's life is simple until, by chance, she meets Kale.  Charming and handsome Az is immediately drawn to him. But long kept secrets lurk in the hearts of those Az holds most dear, and dangerous plans are unfolding around her.  As her life begins to crumble and Kale disappears, Gage, charismatic and striking, arrives, providing a calm port in an increasingly violent storm.  But with every narrow escape from a far from human bounty hunter after her life, Az begins to unravel a secret with the power to change her forever.  In an increasingly hostile world of Angel and Fallen, Azaleigh must navigate her own path, chose her own side, and ultimately protect her heart.  Faced with two gorgeous men, an enemy she doesn’t know, and a future she cannot understand, Az must make the choice: the man she loves, or the man she cannot live without.

We arrived at the lounge, which was tucked away and hidden from the city. It was easily the most romantic and seductive place I had ever been. A live band played a soft, slow ballad as we were seated.
We ate dinner, and the conversations were short; neither of us divulged too much information. Yet, it was an intriguing encounter I didn't want to end.
"Would you like to dance?" he asked. I assumed the hardwood square in the center of the room was set up as a dance floor, but no one was on it.
"No one's really dancing," I said, hoping this would discourage him from asking again.
He pulled me to my feet, and in that instant an alluring sound began to play, and the words crooned were so tempting I gave in. Kale led me to the floor and pressed his body to mine. My head barely met the middle of his chest, and I gazed up at him, transfixed by his eyes. The words of the song overwhelmed me with each provocative verse, as though they were meant for only me. Kale emanated an essence that threatened to consume my body. I closed my eyes.  His left hand, pressed against the small of my back moving me slowly and gently in sync with him. He used his right hand to trail a finger from the corner of my eye and down my cheek to my chin and then my collarbone, expanding his whole palm over my shoulder. I felt tiny and fragile but safe and secure. "You're beautiful," he said, astonishing me.
I opened my eyes, and saw all of the shades of blue that made his eyes so brilliant. They twisted and interlocked, creating the most vibrant color. He leaned towards me, and my legs grew weak. He held my gaze, and I wanted so badly to look away; this was not something I was ready for.
Finally, his lips were within an inch of mine. I forced my eyes closed as he whispered, "Azaleigh." He pressed his lips zealously to mine. With each supple kiss a surge of heat rushed through me. His hands reached up, cupping my jaw on each side, holding me in place. His last kiss gently pulled at my top lip and softly let go. He lingered inches from my face. I stood there with my eyes closed, too petrified to open them. His thumb brush across my cheek reassuringly. I couldn't speak. I was afraid my words would dissolve the moment and I would never get the magic back. But like all great things, the end was inevitable.
"It's getting late. I should take you home." His words broke the silence I had dared not to break myself.

Paranormal Addicts would like to thank April and Danielle for stopping by.