GIVEAWAY - J. J. Bidell - Author of In the Shadow of the Moonlight - The Awakening

Let's give a PNA warm welcome to J.J. Bidell!

She is joining us today to share her novel
In the Shadow of the Moonlight - The Awakening. 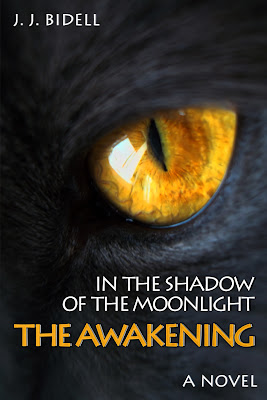 In the Shadow of the Moonlight - The Awakening is a YA-Romantacy-Novel about the shape shifting species of panthers.


Naomi Roberts finally receives a scholarship for a semester abroad in Maine. When Naomi’s grandmother suddenly claims that Naomi will soon be transformed into a panther, like her great grandmother Romina, Naomi believes it is a final and desperate attempt to keep her from departing to the USA.

Having arrived in Maine, Naomi enjoys her student life with new friends and her first love, Roman. Even though she feels magically drawn to a mysterious clearing in the woods, believes she is being watched and begins to sleepwalk, she does not remember the prophecy of her grandmother. Until her very first transformation. And - Naomi is not alone, which not only exposes her to mortal danger, but also Roman.

The thick fog lifted a little when she reached the woods. The fragrance of plants became more intense, the noise of theneighborhood gave way to the sound in the woods. She smelled the flowers of the dogwoods as well as the barberries. These were scents that she never before had been sensitive to.

She was hyper - aware of woodland animals rustling about, despite her cumbersome steps. In the darkness, she discovered a roused squirrel, which noisily ran away.

Naomi didn’t notice that she lost her shoes, let alone that the hanging branches were ripping her dress. She didn’t think, she didn’t judge, she didn’t act. Her mind was free. When she reached her goal--- the clearing in the woods --- she crouched down between the roots of the mighty elm. The pleasant warmth which surrounded her got even warmer. Her body tingled as if she lay in a heap of ants, before a deep darkness surrounded her.

In the Shadow of the Moonlight - The Awakening 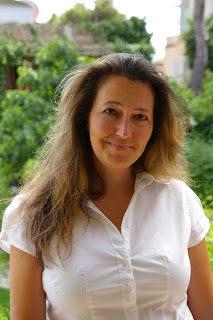 J.J. is kind enough to offer 3 ecopies to our readers!!
Open Worldwide!