Welcome Angela, can you tell us a little about yourself how long you've been writing?

Well, I’m in my early thirties and married for three years. We don’t have children but have two house rabbits (Zeus and Daisy) and a stroppy chinchilla (Dougal). They are pretty much our kids! I actually work full time for the NHS so writing is very much my hobby which is slowly taking over my life!

I always loved reading as a kid but I’d always think of how I would want the book to end. I decided to take the plunge and start writing in my early teens but Full Circle was my first book that I finished. I originally was going to keep it a secret and maybe lend it out to a few close friends but my husband basically “outed” me and published the book on Kindle while I was out! He nearly ended up sleeping on the sofa but then I started selling and having some great reviews so all’s forgiven J

If you didn't write, what other profession would you have selected?

I was actually going to be a sports journalist and completed a degree in Journalism. I think I was destined to fail at it though as I’m too creative and really wanted to stretch the stories – probably not the greatest trait for a reporter!

What profession do you think you would hate?

Definitely traffic warden / parking monitor. They keep getting me at work so not my favourite people in the world!

How do you balance between your personal life and your writing?

Not very well! As I work full time, writing is confined to evenings and weekends. I've become slightly obsessed with the series so now I've just published the second in the Full Circle books (Departures), my husband has slapped down a one month writing ban – I lasted four days!

Who is your favorite author?

I’m a massive horror fan. I used to scare the life out of myself as a teen by reading Stephen King. I worship his writing ability and love how he ramps up the psychological impact of his books.

Other than writing, what are some of your passions in life?

Assuming we ever get any decent weather in England (and we’re currently on a never-ending winter!), I really love to get out and walk in the Peak or Lake District areas. I’m also a keen tennis player but pretty useless at it.

What is your favorite genre to read?

Horror all the way although I've surprised myself recently by adding in a few romance novels.

What books are currently on your nightstand?

Sadly, it’s all writing and work at the moment so not getting as much time to read as I’d like to. I am however eyeing up Salem’s Lot for a second read.

Envision trading places with one of your characters in your books, who would it be and why?

Definitely Freya as she’s the main female character in the books and in the enviable position of having two male vampires vying for her affections. That said, I’m just writing the third book and she’s having a hideous time of it right now!

Can you share anything your readers would be surprised to know about you?

I’m actually quite a boring and straightforward individual. If anything, my friends and family were most surprised when they found out I’d been writing. I work in a job which is fairly constrained so people didn't expect to see a creative side to me!

Okay, you have just finished your book or it has just been released.  Is there something special you do to celebrate?

Always alcohol of some sorts followed by a mammoth sleep session to shake off the dark circles around my eyes! 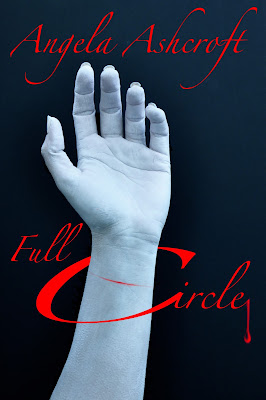 After witnessing Freya’s harrowing birth, Sebastian always knew destiny would bring them back together. In a cruel twist of fate, their reunion is under the dark shadow of his own brother, Lucas, who plucks Freya from her mundane life and marks her. Once marked, Freya’s life hangs in the balance as she edges closer and closer to her death. As she battles through an endless nightmare of “lost time”, Lucas systematically cuts her remaining ties to her mortal existence. Now Sebastian must choose between loyalty to his only family or betraying Lucas in a desperate bid to protect Freya.

Full Circle is the enthralling first installment of the vampire series that throws the lives and fates of three individuals together - with tragic consequences. 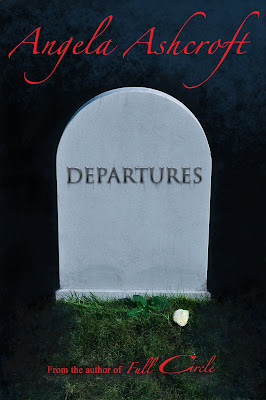 Sebastian had been there the night Freya Jones was born over twenty three years ago. He was also there the night she died in the Hampshire Estate. Moments later, he witnessed her reborn as a vampire during the early hours of the morning of 8th January 2011.

While Freya is learning to adjust to her new life as a vampire and cope with living under the same roof with the two immortals that caused her demise, Lucas continues his relentless revenge mission against Sebastian.

Determined to shatter Freya and Sebastian’s emerging relationship, Lucas will stop at nothing to ruin his estranged brother’s happiness. When Sebastian unexpectedly spends more time away from Freya, it appears Lucas has the perfect opportunity to pounce but when an enemy from their past reappears, the brothers must reunite if they are to have any chance of survival.

“Departures” is the explosive and heart-wrenching second book in the Full Circle series.

For a chance to win the Full Circle/Departures Compendium (both books in the series) simply like her Facebook page.  Once it reaches 200 likes they will pick one person at random and they will win a signed copy of the book delivered in PDF format.

Now that is easy!!

Thank you so much Angela for stopping by and sharing your series.  Hope to see you back and don't forget fans, go like her Facebook page!!
Posted by Toni at 12:00 AM