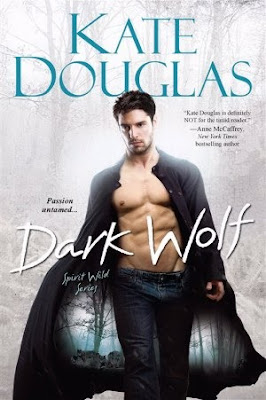 Sebastian Xenakis is still coming into his power as a wizard. He can shapeshift by magical means and runs as a wolf using the power he draws from the elements. But young women are dying—raped by a human and then slaughtered by a wolf. Suspicion falls on the shapeshifting Chanku, but Sebastian wonders if he might somehow be guilty of the crimes.

Then he meets Lily Cheval, the uncrowned princess of the powerful Chanku, and realizes he will do whatever it takes to clear his name and win her love. But evil walks where Sebastian goes, and there are mysteries neither Lily nor her father, the powerful wizard, Anton Cheval, cannot unravel. Is Sebastian the perfect mate for Lily, or is he instead, one she should fear?


I’m sitting here reading some reviews for Dark Wolf.  Normally I don’t do that, but I was wondering what other people thought.  I’m actually glad I did.

First off, I think many reviewers read the beginning of the memo that stated that this is a new series, but they didn’t read the whole thing.  Dark Wolf is actually a continuation of the first generation of Chanku.  It’s now the babies of the packs turn for happiness.  The first series, Wolf Tales, really set the stage and there seemed to be some confusion when they were reading Dark Wolf.  Yes, Ms. Douglas fills you in on why things are happening, but I think all the varieties of sex turned many people off.  They didn’t have a complete history.

Chanku are a race of shapeshifters that have extremely high libidos.  It is in their DNA; they love everyone in the pack because that is how they were created.  They are not human, so they do not act as humans.  Period.  It is practically a requirement of their being.  They need sex like they need air.  It is their power and way of life.  To say they have too much sex is boggling to a longtime fan of this series.  Yes, I say longtime fan of THIS series, even though this is the first in the new Spirit Wild.  I think to truly appreciate Dark Wolf you need to know Lily as a child and also learn what really happened in the beginning.  Wolf Tales takes you all the way to the beginning to when they didn’t even really know who or what they were.  You grow with the pack.  You love, live, and cry right along with them on their journey of discovery.  You miss that when you read Dark Wolf and can’t understand the whole significance of their existence.

When I heard that Ms. Kate was doing a series about the next generation I was scared and excited.  These adults were babies when I last read about them.  Now in their thirties, I had to wrap my head around it.  Babies don’t have sex!  I bet Ms. Douglas had an even harder time.  These were her actual babies and she had to put them into sexual situations that would make any mother cringe.  She did a fabulous job and she should be proud of herself.

In Dark Wolf, we get to revisit the pack and actually get to see more than one romance blossom.  While at first I was disappointed because I loved the other character and I wanted them to have their own story, but I’m happy with the direction she took.  It almost mimics their parents love affairs, but it was still their own.

Now I will admit that I’m extremely thrilled about the next story, Dark Moon.  I’ve wanted to know more about Igmutaka from when he first came onto the scene.  I think I just got chills.  There is just something about that hunk of man.  That cougar makes me purrrrrrr.

I would recommend Dark Wolf to any lover of Wolf Tales in an instant.  I would also recommend it to new readers, but go in with an open mind.  If you read Dark Wolf and think, “Hmmm, I kinda like this”. Then start from the beginning.  Trust me it’s worth it.  The Chanku are a fascinating species with hearts full of love and understanding.  We could all use more Chanku in the world. 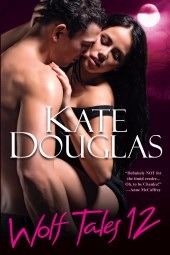