What is better than having a guest from
the birthplace of paranormal beginnings - Romania!
Please welcome Carmen Stefanescu!


Welcome Carmen, can you tell us a little about yourself how long you've been writing?
I am a teacher of English and German. I live in Romania, better known as Dracula's country, in Eastern Europe. After the fall of dictatorship in 1989, things changed a bit and the access to the Internet and the opening to the world helped me start publishing. Though English isn't my first, not even my second language, everything I've published until now is written in English. I've been writing since I was a student, in fact. Satirical poems and short stories at that time, in my native tongue, Romanian. They remained drawer projects. Poems in English, later. I was awarded the Silver Cup for poetry in 2004 for my English poems. And now I turned to long prose. In English.

If you didn't write, what other profession would you have selected?
I am not a professional writer, as I said above, I am a teacher. However, had I been twenty years younger in 1989, when things took a turn in Romania, I would have liked to be an IT specialist. Computers fascinate me.

Who is your favorite author?
I always dreamed to be a writer like Agatha Christie. I also came to love the writing of many authors along the years. The great classics brought another perspective on life in my teenage years. As a student I read voraciously and as an adult I continued doing it. I have respect for each and every writer who enhanced my life and made me cry or laugh or dream, who enabled me to imagine different worlds, alternative realities, paths not chosen, cities not yet built. Coming back to the answer, I will name some of my favorite authors, even if it means not mentioning other many, many ones: Stephen King, Thomas Hardy, Mihai Eminescu, Catherine Cookson, Mary Higgins Clark, A. Tennyson, Liviu Rebreanu, Jeffrey Archer, H. Balzac, Somerset Maugham, F. Forsyth, Jane Austen, Ch. Bronte, Th. Dreiser, and John Steinbeck. And many more!

What is your favorite genre to read?
Thrillers, paranormals (not vampires even if I live in Dracula's country), a combination of romance with mystery. Everything that has ghosts, reincarnation, karmic retribution. I believe that our soul is immortal. Should it be my fear of the eternity of nothingness? Maybe! I can't really say.

What books are currently on your nightstand?
Prisoner by Birth by Jeffrey Archer and Doomsday Conspiracy by Sidney Sheldon.

How long does it usually take for you to write a book?
The first draft takes me between two to six weeks. The real challenge begins after finishing it. Polishing the manuscript, editing, finding a publisher willing to accept my submission and finally, after the release, advertising my book. For Shadows of the Past it meant three weeks for writing and seven years until I signed the contract with Wild Child Publishing, USA.

Where does your inspiration for a new book come from?
My life experience is a main source of inspiration: the people I met, a movie, an article in a newspaper, a life event told by someone, a dream, or even a line in a poem. Medieval times, as seen in Shadows of the Past, are my favorites. I like to imagine what it would have been like if I had lived in those times and places.

What, in your opinion, are the most important elements of good writing?
As my writing isn't etched in stone and can always be improved, I consider it is better to accept the editing suggestions of professional editors. Here, I must thank my editor Shawn Howen for her coaching me and guiding me patiently along the slippery road of publication.  In my humble opinion, if we approach writing with a learner's attitude, as if being an apprentice, we can gain much from many sources.

We would like to hear about your process of writing, ideation, and average time to actually write.  Also your typical day hours devoted to writing vs everything else.
During summer holidays, usually in the morning, I retreat to my “writing room” and loose myself in the imaginary realm of my characters and plots. I have to have complete silence and plenty of light. No multitasking. My creative side needs complete concentration. I only write when I am truly inspired. I write everything from start to finish. When ready, I put the draft away for a day or two.  Then, I come back to it and while reading again, I add or cut parts/dialogue/characters and I edit. I must tell you that what I like best about writing is making up characters, watching them develop and turn into people.

Can you share a little of your current work with us?
Shadows of the Past is the story of two young women, Genevieve and Anne. Jumping from past to present and back, the story focuses on the lows and highs of the two, alternatively revealing the hardships, passion, truth or betrayal they meet. Their destinies seem to weave together, although they live in different epochs.

What is one statement that has been used about your writing that makes you cringe when you read it?
"The writing was, for lack of a better phrase, awkward. It read like a translation and, occasionally, like a poor one". It really made me cry. It was so unfair, undeserved! It hurt badly.

What three descriptive statements have been used about your writing that made you giddy with happiness?
Well, it's difficult to select from the many comments that gave me a warm, cuddly feeling. I will quote a few:

"A classy romance, “Shadows of the Past” is a real page-turner and a dark spooky romantic story that is crafted masterfully. Despite all the evil, love wins by the end. I really liked that." ~ Ankita Singhal booklokcoffee.blogspot.in/

"Carmen Stefanescu’s novel is a riveting story that will make the reader fall in love with its enticing mystery, skillfully blending elements of love and hatred, magic and superstitions, murder and repentance." ~ Liliana Soare lilianasoare.blogspot.com.au/

"I would recommend this book to everyone YA audience and over. One of the best romances ever." ~ Ionia Martin readfulthingsblog.com

"I also loved the fact that I could relate to the characters and Genevieve’s tragic destiny really made me sad, which is a great thing! It’s always a plus when the author manages to make the reader cry and laugh at the same time with the characters." ~ Oana Matei www.allfantasyworlds.com

And I apologize to the many reviewers who spoke so nicely about my book and aren't mentioned now.

How did you come up with the characters Genevieve/Andrew?
I read a small article in a Romanian newspaper about a haunted mountain in England. The souls of two sinners, a nun and a priest who break their vows and elope, can’t find their rest. The tourists visiting that mountainous area hear agonizing moans during the night. The moment I put down the newspaper I knew that I had to write the story of the two unfortunate lovers. I wrote a poem first, a ballad. Later, I thought that just a poem was not enough. I felt Genevieve’s story must be told in detail. This is how Shadows of the Past came to life.

What were your feelings when you first saw the cover of your finished book?
I was thrilled.  It was the first physical proof that my dream of becoming a published author had finally come true. The best part, for me anyway, is when I get a review from someone that enjoyed what I wrote. I love when readers can relate to my characters. Nothing makes me happier than someone saying my characters felt like friends – or that they laughed, cried with my characters along the way.

If you could pick one actress/actor to portray Genevieve and Andrew on the big screen who would she/he be and why?
Jordana Spiro, playing the leading part in The Mob’s Doctor, is the best actress to impersonate Genevieve. Jordana is fragile in appearance, looks like a kindhearted person ready to help those next to her, yet she’s determined and brave.  Dan Stevens from the series Downton Abbey is the perfect Andrew. A quiet man, gentle and kind. Sensitive to the problems of the women in his life.

Will we be seeing a following book to this story?
It depends. If most readers will express their interest in finding what happens further to the characters, it might be a sequel. I'm not sure, for the moment.

Thank you for hosting me today! It was a real pleasure. 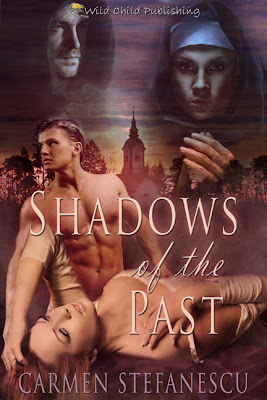 Anne's relationship with her boyfriend Neil has disintegrated. After a two-year separation, they pack for a week vacation in hopes of reconciling. But fate has other plans for them.

The discovery of a bejeweled cross and ancient human bones opens a door to a new and frightening world--one where the ghost of a medieval nun named Genevieve will not let Anne rest. This new world threatens not only to ruin Anne and Neil's vacation but to end all hopes of reconciliation as Anne feels compelled to help free Genevieve's soul from its torment.

Can Anne save her relationship and help Genevieve find her eternal rest?

The twists and turns in this paranormal tale keep the reader guessing up to the end and weave themselves together into a quest to rekindle love. 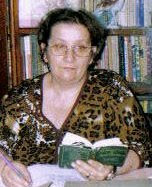 Carmen Stefanescu was born in Romania, the native country of the infamous vampire Count Dracula, but where, for about 50 years of communist dictatorship, just speaking about God, faith, reincarnation or paranormal phenomena could have led someone to great trouble - the psychiatric hospital if not to prison.

Teacher of English and German in her native country and mother of two daughters, Carmen Stefanescu survived the grim years of oppression, by escaping in a parallel world, that of the books.

She has dreamed all her life to become a writer, but many of the things she wrote during those years remained just drawer projects. The fall of the Ceausescu’s regime in 1989 and the opening of the country to the world meant a new beginning for her. She started publishing. Poems first, and then prose. Both in English.

Carmen's publisher, Wild Child Publishing, is away two PDF versions of her book!

Open Worldwide!
There are many ways to enter, so increase your odds and get busy!!