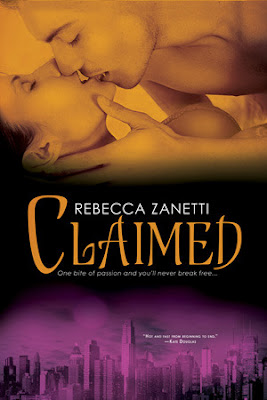 Emma Paulsen is a geneticist driven by science. But she's also a psychic, so when a dark, good-hearted vampire frees her from the clutches of the evil Kurjans, she realizes he must be the man who's been haunting her dreams. But with a virus threatening vampires' mates, Emma may discover a whole new meaning of "lovesick". . .

As King of the Realm, Dage Kayrs has learned to practice diplomacy. Still, it's taken three hundred years to find his mate, so he'll stop at nothing to protect her—even if it means turning his back on his own kind. . .

Emma Paulsen has been on the run for weeks. She is trying to escape the Kurjans and now also the Vampires. During her work as a geneticist she discovers that she isn’t researching a cure for cancer but something more sinister. Grabbing her research and running is her only option. A race of evil beings called Kurjans are hunting her down for more than her research though. While on the run she discovers another race of beings, the Vampires, enemies of the Kurjans. Unknown to her, one particular vampire wants more than the stolen research; he wants her as his mate.

For several centuries Dage Kayrs has dreamed of his mate; her face, her body, her warm embrace. Now he knows she is out there and he is determined to find her. Not only to save her from the Kurjans, but to save himself. As King of the Realm he needs her to complete him. He knows she will be a hard woman to claim, but he is determined to have her anyways.

This is the second book in Ms. Zanetti’s exciting new series. Her universe of vampires is refreshing and exhilarating. These are probably the most human vampires I have read about. While they have elements of some of my favorite vampires, they are in a class all their own. Both the Vampires and the Kurjans can only be male, so they have to look outside their race to find mates, but only certain females will work. They need females with physic abilities. The Kurjans have developed a virus that attacks the mates of the Vampires. Emma is in a race to find a cure to save both her sister and her unborn nephew.

This series has a strong undercurrent of adventure, almost overshadowing the romance. The medical lingo and background does not take away from the general story, but enhances it. Ms. Zanetti has developed an engaging and exciting new world.

The males in this series are a hard group to love. They are extremely alpha and exasperating at times. Their raw masculinity and power draw you in and holds on tight. Luckily the heroines are just as strong and know how to bring these big brutes to their knees.

If you are looking for a new adventure in the paranormal world, look no further then this new series. Fated and Claimed both have heart pounding action and sizzling chemistry, what more can you ask for!

Thanks for reading - Toni
Posted by Toni at 1:06 AM